Every year CinEast calls for your donations to support a charitable organisation. In 2017, with your contributions we helped an NGO in Bosnia and Herzegovina – Wings of Hope Foundation / Fondacija Krila Nade to purchase multimedia and school equipment for children and young people severely affected by the war.

This year we decided to support the Rusalya Association & the School of Arts and Crafts for Socially Disadvantaged Children run by this Association in the village of Rusalya, Bulgaria. 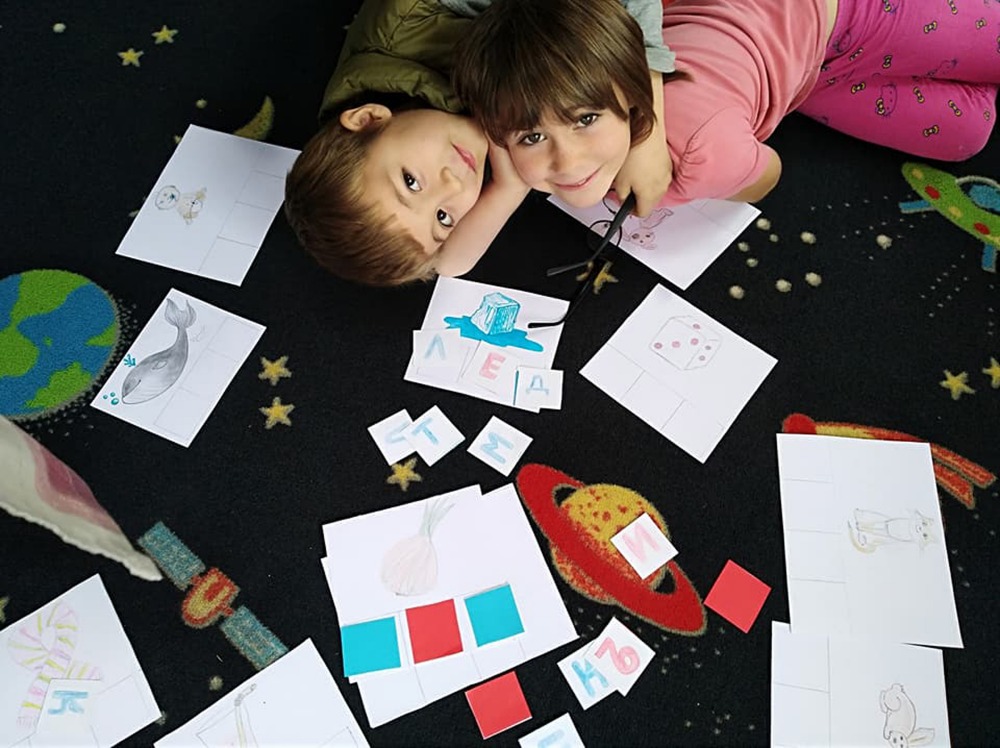 Actors Animari Dimitrova and Zlatko Zlatkov, the driving force behind the scenes, are digging for talent on the squalid margins of society. But instead of drilling and blasting, they took their tools to the classroom and, step by step, built a house for hidden talents. Now, 4 years after the school opened its doors, it seems they are on the right track as they offer full boarding for 25 children from families living in extreme poverty.

The school established by the Rusalya Association, gives a chance to children with artistic skills to be raised in a peaceful and caring environment and to get free education based on an individual approach. The young students develop their intellectual capacities and grow up confident in themselves and motivated to turn their skills into future capital. But most importantly, they smile. And they are happy. And these smiles are the ultimate goal (and the biggest treasure) for the Rusalya Association, the organisers of the CinEast festival and all those of you who support our common cause.

The funds collected during the 11th edition of the festival CinEast will be used to purchase a sound system for stage performances, as well as semi-professional filming equipment which will be used for theatre and video workshops. 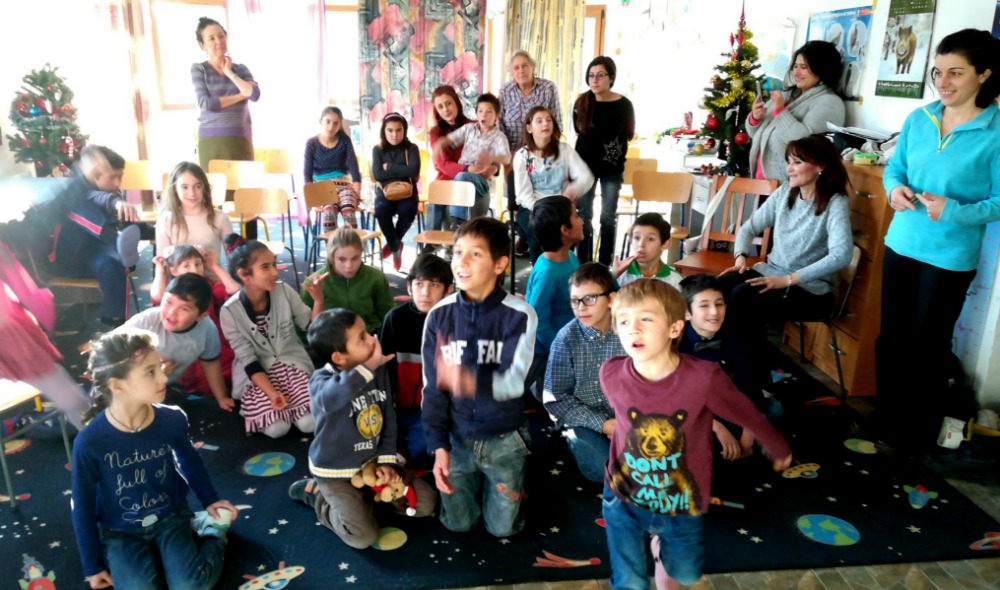 There are several ways to support our initiative: you can buy the festival pass (1 EUR from each pass goes to the Charity Project) or donate directly in one of the piggy banks available at the main festival venues. The piggy banks will be opened and the donations counted by volunteers at the final festival event in Neimënster on Sunday 21 October. Alternatively, you may purchase photos from the "Identities" exhibition, after the final screening and for some days after the end of the festival.

Thanks to our dear festival-goers we managed to collect in total 2901.94 EUR!

In February 2019 CinEast festival representatives travelled to Bulgaria to visit the school run by the Rusalya association in the village of the same name close to Veliko Tarnovo (see pictures below). We met the teachers and the children and handed over equipment purchased with the money that we collected through the 2018 charity project (see the thank you letter).

Many thanks again for your contributions - they really made a difference! 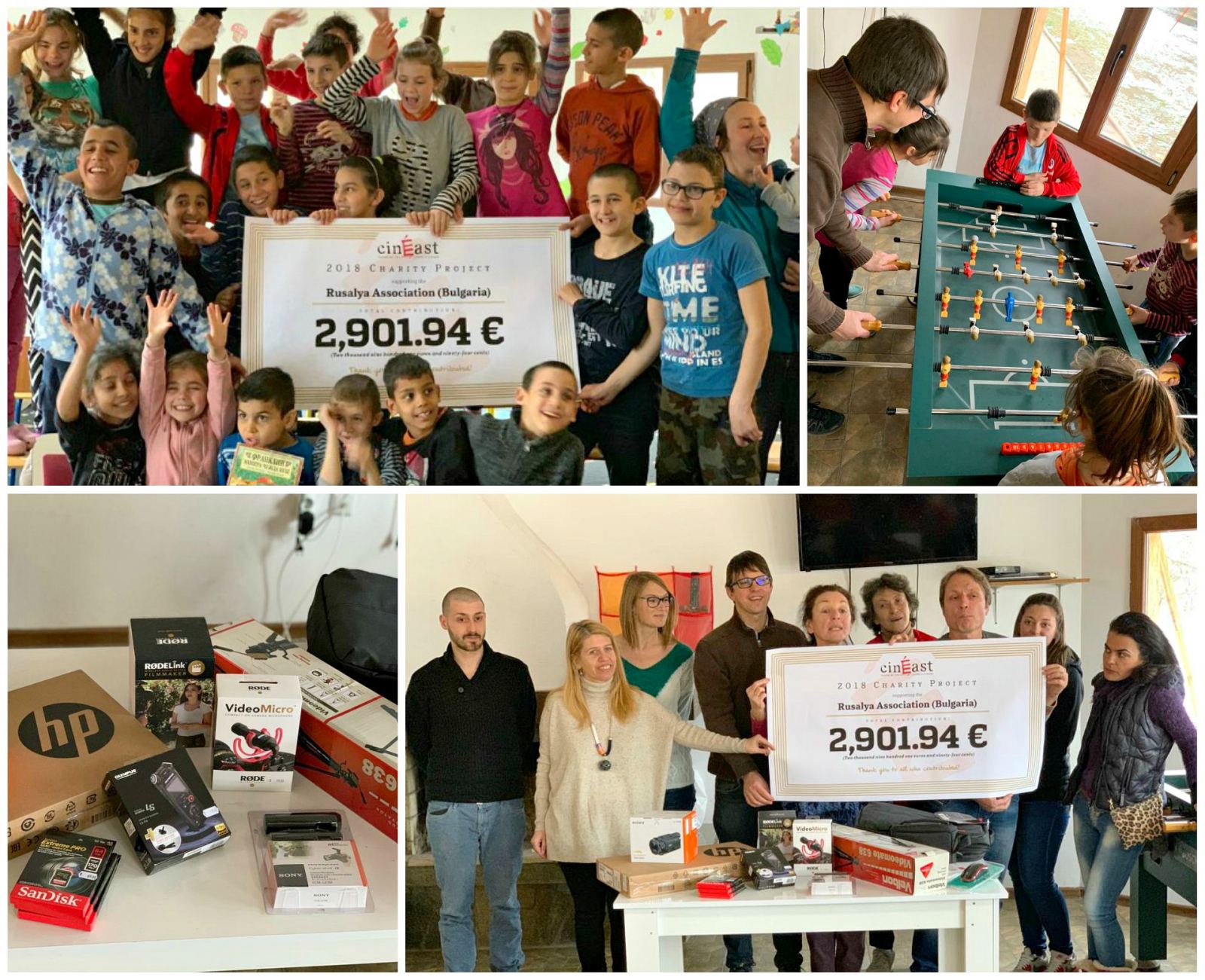